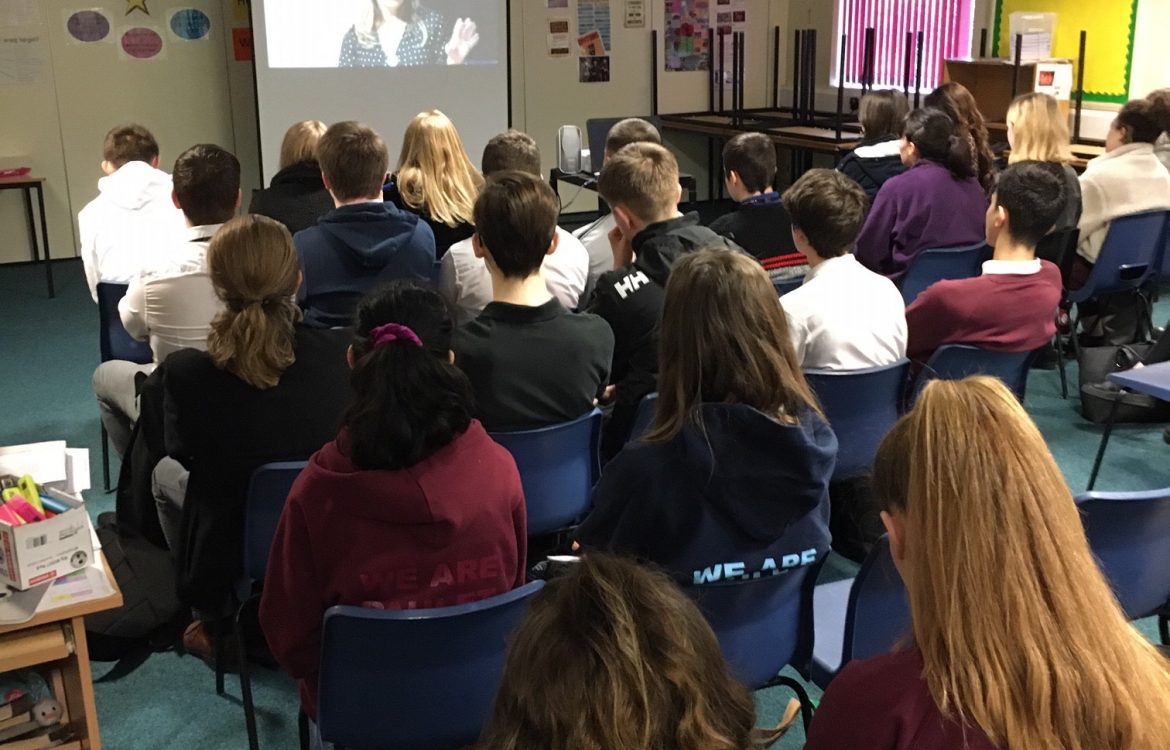 Forty students from years 9, 10, 12 and 13 heard live testimony from Susan Pollack MBE, an Auschwitz survivor. This incredibly moving event was organised by the Holocaust Educational Trust to commemorate the 75th anniversary of the liberation of Auschwitz on Monday 27th January. Susan was born in Hungary and was deported to Auschwitz-Birkenau. She survived working as a slave labourer and was sent on a death march to Bergen-Belsen where she was liberated by British Forces on 15th April 1945. Hundreds of schools, organisations and individuals signed up to bear witness to Susan’s story.